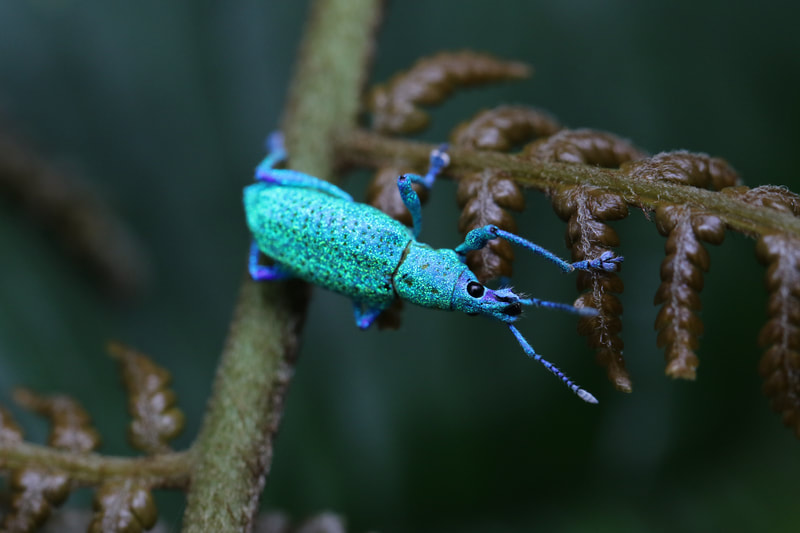 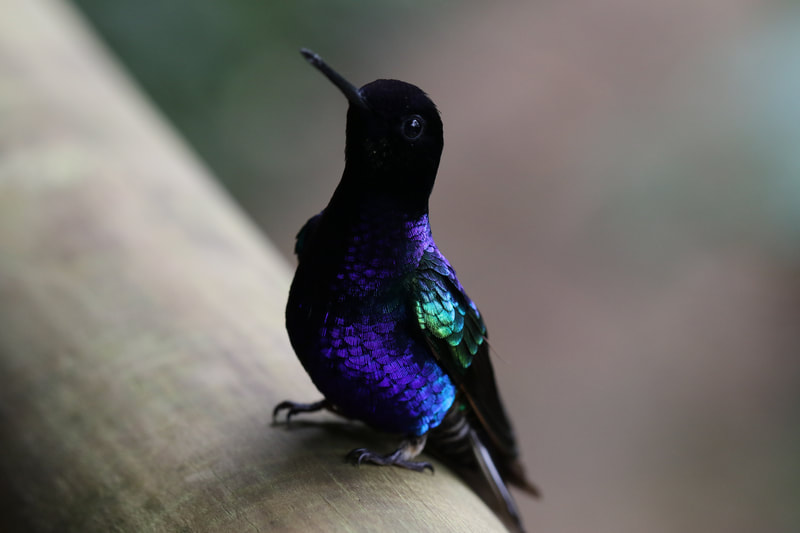 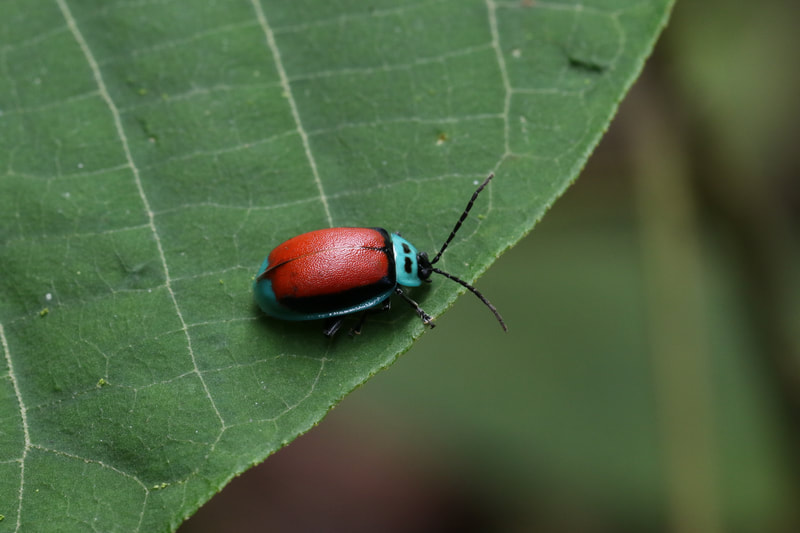 Through industrialization, migration and globalization, some of our most vulnerable communities now find themselves at the epicenter of the climate crisis, with little memory of their once harmonious connection to nature and no understanding of how to lessen their own human impact.
Hero Theatre and Hero Multimedia have launched Nuestro Planeta, a ten-year multimedia new works initiative that focuses on educating Latinx film and theater audiences about environmental justice within the Americas.

A series of films and plays that center on the relationship between Latinx communities and the earth, Nuestro Planeta will focus on specific countries in Latin America, beginning with Colombia.

According to Hero Theatre producing artistic director and Hero Multimedia co-founder Elisa Bocanegra, “Colombia is the second most biodiverse country on the planet. It’s exciting for us to begin there, because we don’t see many Colombian stories, especially on the stage.” 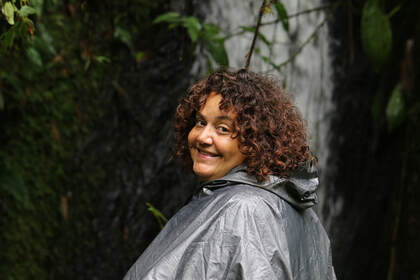 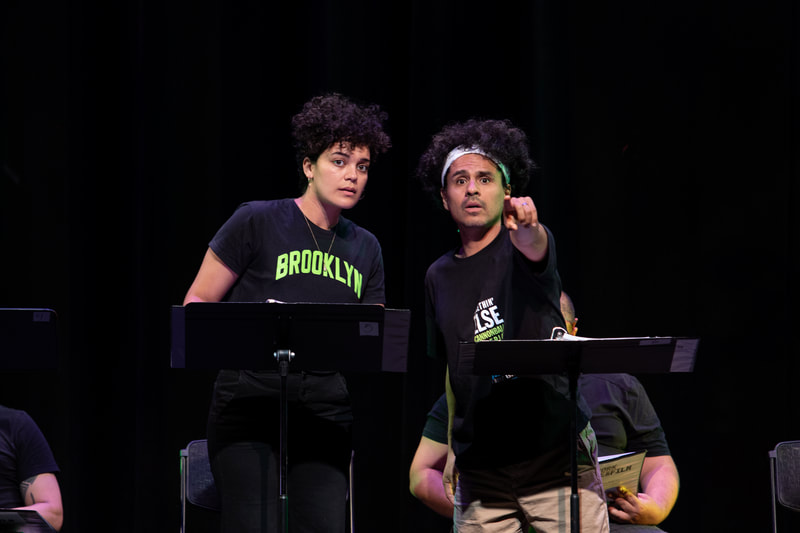 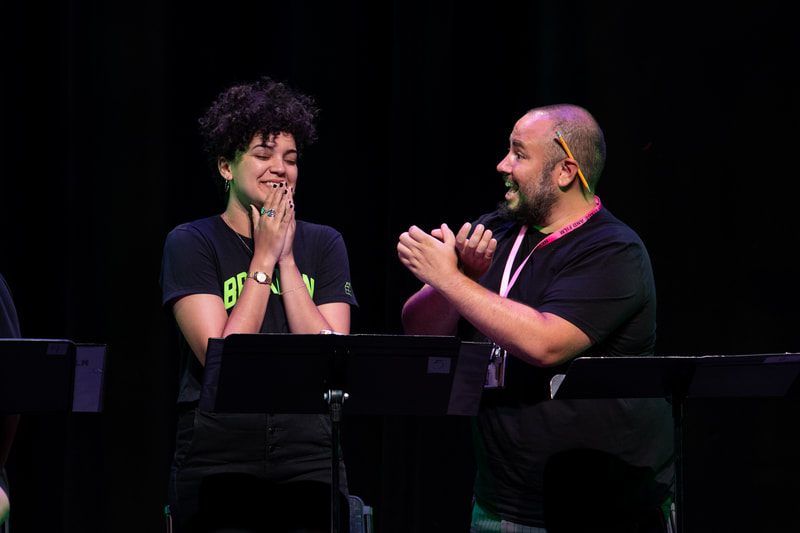 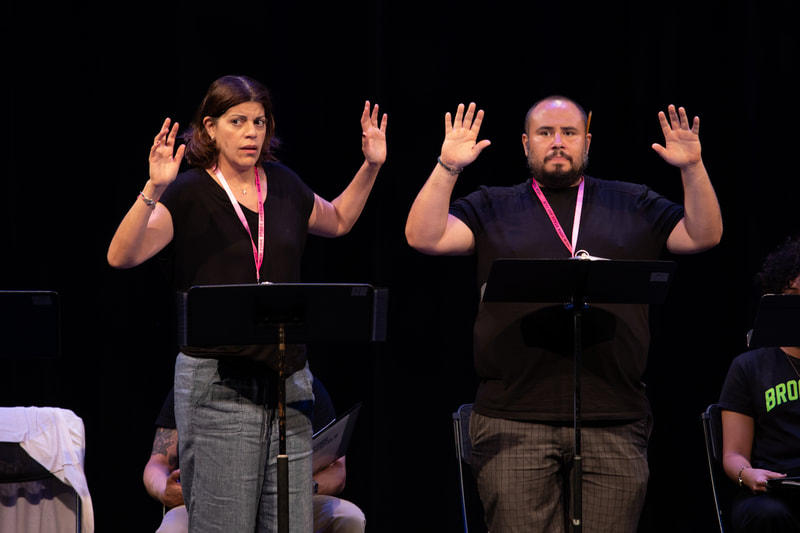 Nuestro Planeta: Colombia
a Hero Theatre commission
​written by Diana Burbano
devised and directed by Elisa Bocanegra
​​
Alondra travels back to her family's homeland of Colombia after her mother's passing. Through her informative and often comedic travels, she discovers the healing power of nature and the deeper meaning of returning "home."

This play is the first commission of NUESTRO PLANETA, a new works initiative based on environmental justice and stories of climate change in Latin America.
​
Diana Burbano, a Colombian immigrant, is a playwright, an Equity actor, and a teaching artist at South Coast Repertory and Breath of Fire Latina Theatre Ensemble. Diana’s play Ghosts of Bogotá won the Nu Voices festival at Actors Theatre of Charlotte in 2019. Ghosts was commissioned and debuted at Alter Theater in the Bay Area in Feb 2020. Sapience was a Playground-SF 2020, Winner and was featured at Latinx Theatre Festival, San Diego Rep 2020. Fabulous Monsters, a Kilroys selection will premiere at The Public Theatre of San Antonio, featuring the music of FEA in 2023.
Diana was in Center Theatre Group’s 2018-19 Writers Workshop cohort and is in the Geffen’s Writers Lab in 20-21. She has worked on projects with South Coast Repertory, Artists Repertory Theatre, Breath of Fire Latina Theatre Ensemble and Center Theatre Group, and Livermore Shakespeare Festival. As an actor, Diana recently played Amalia in Jose Cruz Gonzales' American Mariachi at South Coast Repertory and Arizona Theatre Company, and Marisela in La Ruta at Artists Repertory. You can also see her as Viv the Punk in the cult musical Isle of Lesbos. She is the current Dramatists Guild Rep for Southern California.
​
​Commission 2: PUERTO RICO 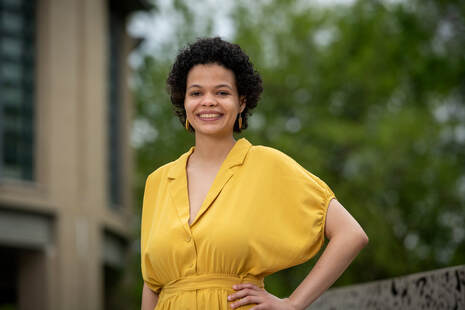 Paloma Sierra
Puerto Rican writer, translator, educator and curator Paloma Sierra has been commissioned to pen the second segment of Hero Theatre and Hero Multimedia’s Nuestro Planeta.
​
Paloma Sierra has developed plays, musicals, and operas with various theater companies, including Project Y, Theatre Now New York, Poetic Theater Productions, and Nuyorican Poets Cafe. Her poetry and translations appear in “Bridge: The Bluffton University Journal,” “Persephone’s Daughters” and “Sampsonia Way.” Her screenplay Open Frame is a finalist for the Alfred P. Sloan Foundation Screenwriting Grant 2021. As the Emerging Poet Laureate of Allegheny County 2020-2021, she curated a virtual workshop series with City of Asylum. A Fulbright Scholar 2021-2022, Paloma plans to study theater translation in Buenos Aires, Argentina. Sierra is a member of the Dramatists’ Guild and New Play Exchange. She holds an MFA in Dramatic Writing and a BHA in Creative Writing and Drama from Carnegie Mellon University.
​ 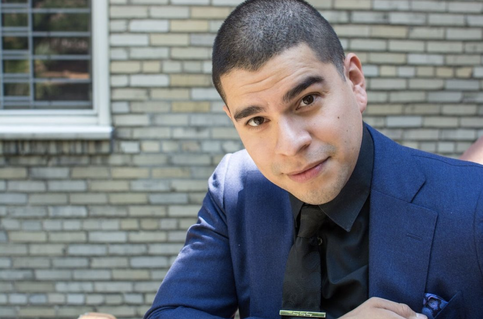 Brian Quijada
Emmy award-nominated composer Brian Quijada has been commissioned for Hero Theatre and Hero Multimedia’s Nuestro Planeta.
​Quijada will create an original piece with music about the effects of the climate crisis, specifically in Central America.

Hero founding artistic director Elisa Bocanegra met Quijada at New York Stage and Film, where he was workshopping his next musical, Mexodus. "I love that Brian creates out of a passion for social justice," she says. "I want Nuestro Planeta to address how the climate crisis affects Central American communities. Brian, being Salvadorean-American, feels a deep personal connection to the project. We're both very excited for this."

Quijada is an actor, playwright and composer whose original work has been developed and produced all across the country. His hip-hop solo show Where Did We Sit on the Bus? has been produced at Victory Gardens, Geva Theatre (Emmy nomination for digital stream), Teatro Vista (Jeff Award), Ensemble Studio Theatre (Drama Desk nomination), Boise Contemporary, 1st Stage, City Theatre Pittsburgh, and a digital production at Actors Theatre of Louisville (Drama League nomination). His play Kid Prince and Pablo premiered at the Kennedy Center in 2019. His plays have been developed at The Kennedy Center, Pittsburgh CLO's Spark Festival, Victory Gardens' Ignition Festival, New Stage and Film's Powerhouse Festival, and The Eugene O'Neill Theater Center's National Musical Theatre Conference. Commissioning institutions include A.R.T., 1st Stage, Oregon Shakespeare Festival, Wooly Mammoth and The Kennedy Center. He is a proud member of The Ensemble Studio Theatre. Brian's song "The Always Song" was the 2021's Hispanic Heritage Month Song for Nickelodeon. Select acting credits include Bobbie Clearly at Roundabout, Oedipus El Rey at The Public Theater, My Mañana Comes at Playwrights Realm, How We Got On and Airness at Actors Theatre of Louisville's Humana Festival. TV: Blue Bloods, Manhattan Love Story. Brian is a proud ensemble member of Ensemble Studio Theatre in New York. 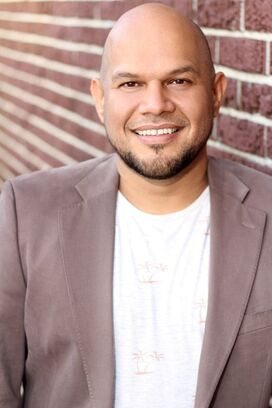 Emanuel Loarca
​Guatemalan born and raised writer, director and actor Emanuel Loarca has been commissioned for Hero Theatre and Hero Multimedia’s Nuestro Planeta.
​
Loarca is the founder and artistic director of Teatro Akabal, which produces Spanish language plays. He began his career at the Puerto Rican Traveling Theatre in New York under the guidance of Miriam Colon and Alba Olms.  He has acted in more than 90 works of theater in countries such as Chile, Mexico, Dominican Republic, and Guatemala. In New York he received an HOLA award, an ALUNY recognition, four ACE Award Nominations and a recognition from the FBI-Hispanic Heritage Celebration for exceptional service of the interest of the community.

In Los Angeles, he received recognition from the Consulate General of Guatemala for his support for the dissemination of Guatemalan culture. In 2005, at Teatro Akabal, he staged his autobiographical solo show La Familia de Emanuel, which was awarded Best Play and Best Actor at the International Theater Festival.

His countless film and television credits include Barry, Jane the Virgin, Sex and the City, The Sopranos, and Law & Order CI, to name a few. He studied at The Raul Julia Training Unit.
​
​Commission 5: HAITI 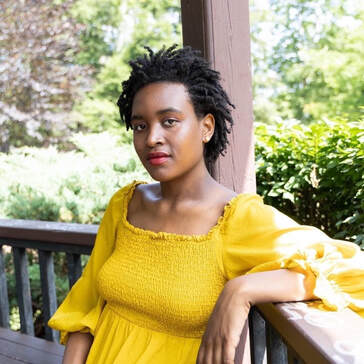 Phanésia Pharel
​Phanésia Pharel is a playwright who grew up on a dragon fruit farm in Miami. Grounded in poetry and Afrofuturism, she often writes about the divine metaphysical dilemma of colored girlhood. Her plays span revolutions, islands, and explore futures built on love by centering women's pleasure, safety and joy: hopeful and magical survivor stories for the young, poor, women, colored and those audacious enough to be all of the above.

​Phanésia also writes for TV and audio; recent credits include Single Drunk Female, Blood & Water, Maid, Red Collar and Homecoming. She is the recipient of a B.A. in Urban Studies from Barnard College of Columbia University and is currently an M.F.A: candidate at the University of California San Diego (class of '25).

STAY TUNED AS WE ANNOUNCE OUR COMMISSIONS FOR
Equador, Costa Rica, Mexico and more!
​Want to stay up-to-date on Nuestro Planeta and other Hero projects? Sign-up for our private mailing list by clicking on this button below!
SIGN-UP FOR UPDATES