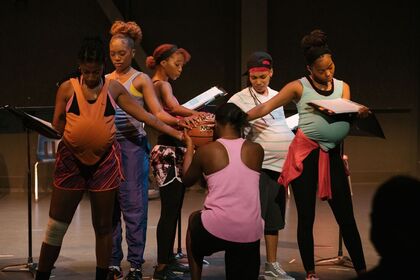 The cast of FLEX
​You would be hard-pressed to find a theatre company more dedicated to Equity and Inclusion than Hero Theatre.

Since our inception ten years ago, Hero Theatre has created an inclusive and diverse community of artists. We believe that truthful and authentic representation of artists from various backgrounds, religions, socio-economic levels, sexual orientations, ages, races, abilities, and beliefs makes for the richest collaborations and impactful storytelling. Not only do our artists benefit from this dedication to inclusion, but our audiences do as well. Through the stories on our stage, audiences begin to see America as we do.

The inspiration for Hero Theatre came about backstage in the wings of the Laura Pels Theatre during the Roundabout Theatre Company's production of The Milk Train Doesn't Stop Here Anymore. The show's star Olympia Dukakis turned to cast-mate, Puerto Rican artist Elisa Bocanegra, and asked: "Why do you look so sad all the time?"

​Bocanegra confided in Dukakis that she was saddened by the lack of equity and inclusion in the theater. "There are so many actors of color in need of opportunity," responded Bocanegra.  She was also disappointed that many of her friends who wanted to do more classics were up against a wall because they didn't have the resources to go to graduate school.

Dukakis replied, "Elisa, it's time for you to hustle and start your own company. A place where you can grow and help others like you." Shortly after, Hero Theatre was born.

Founded in 2011, Hero Theatre is a social and environmental justice theatre company. We seek to use art to model and bring about social progress by championing voices that need to be heard. Now. 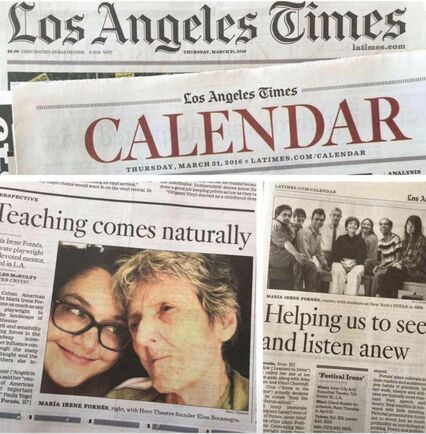 LA Times coverage of Festival Irene: Honoring the Legacy of Playwright Maria Irene Fornés
​
​Our Programming and Mentorship
Through our programming, Hero Theatre always seeks to give back. Our efforts to bring art into the community has resulted in partnerships with Inner-City Arts and Homeboy Industries. With Bocanegra at the helm, Hero has taught classes on writing and performing, encouraging youths to bring their own stories to life.

Additionally, Hero has held benefits for different causes close to our hearts. In 2019, Hero created The Super Sábado Show. ​Inspired by our favorite classic comedy shows, Saturday Night Live and Sábado Gigante, The Super Sábado Show takes a comedic look at the United States' support of Puerto Rico post Hurricane Maria. All ticket sales benefit Hero Theatre's efforts for Puerto Rico including a new education program for children and youth on the island who were affected by the hurricane.

Hero Theatre also started The Olympia Dukakis Mentorship Program, now in its eighth year, to invest in the next generation of artists.. This rigorous mentorship program is designed to nurture and develop the skills of aspiring artists, actors, and arts administrators. Named after our founder's mentor Olympia Dukakis, the mentorship program hosts college students from around the country, including specific historical black colleges.

Mentees are provided the opportunity to learn from actors, directors, and producers in the field and receive one-on-one mentorship from our artistic director Elisa Bocanegra.

Those who complete the Mentorship Program are invited to be a part of Hero Theatre's newest program – Hero Ignite, which amplifies the voices of youth in America today. These early-career artists will carry on the legacy of Hero Theatre as they work to take the values of inclusion with them to champion underrepresented artists both at Hero and in the theatre scene beyond. 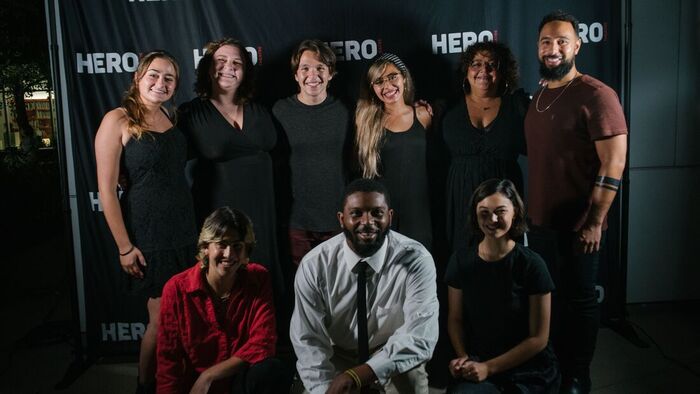 Mentorship program alumni & participants
​Our Staff
​Many of those who have gone through the mentorship program now serve on Hero's Leadership Team. Our staff is unique in that we do not discriminate by age. Hero Theatre has never seen youth as a barrier to leadership. A majority of our team is in their mid to late-20s, and they bring a unique perspective to the table, as they have their fingers on the pulse of how to appeal to, and engage with, a younger generation of theatergoers. And since we strive to make up our Mentorship Program with a diverse group of students from different backgrounds, schools, and parts of the country, our staff reflects that same diversity.

Our Board
Hero's Board and Advisory Council are a powerhouse of diverse professionals whose broad range of skills has helped Hero thrive and grow over the past ten years. Brian Dobbins, the executive producer of ABC's Black-Ish, serves on Hero Theatre's board of directors, as does seasoned filmmaker Mario Ontal, and veteran costume designer Maggie Dick. Hero Theatre's Advisory Council hosts luminaries in the field, such as Justina Machado, of Netflix's One Day at A Time.

Our Artists
A big part of Hero's work has been to bring the work of BIPOC playwrights into the American Canon of classic plays.  By following this mission, we have worked hard to cultivate a cache of dedicated and diverse artists. Hero has proudly presented the works of María Irene Fornés, Edward Machado, and Velina Hasu Houston – to name a few.

Our Audiences
Hero Theatre seeks to give back through community engagement by making our shows accessible to underrepresented communities. For our last pre-pandemic production, Troy, by Kilroy-winning playwright Amina Henry – which is inspired by true tales of homelessness in Los Angeles  – Hero received a foundation grant to help cover productions costs and, through grass-roots fundraising efforts, was able to bring women living in shelters to the play for free. We also provided free round-trip transportation and concessions for shelter residents.

This kind of community outreach is not new to us. In 2015, Hero Theatre produced The Clifford Odets Project: Waiting for Lefty, Golden Boy, and Awake and Sing, with a cast consisting mainly of Black and Latiné artists. Extensive outreach was done to labor union workers throughout Los Angeles, specifically the long-shore workers, agricultural and Spanish-language carpenter's union, who were invited to attend at no charge. Finally, Hero offers discounted student tickets to every show to encourage and engage with a younger generation of theatergoers. Hero Theatre will now be offering ASL interpreted shows beginning with our upcoming production of Tea by Velina Hasu Houston. 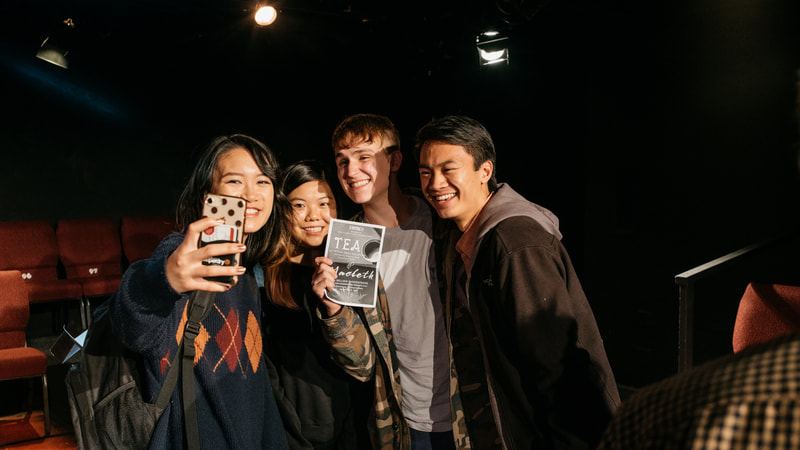 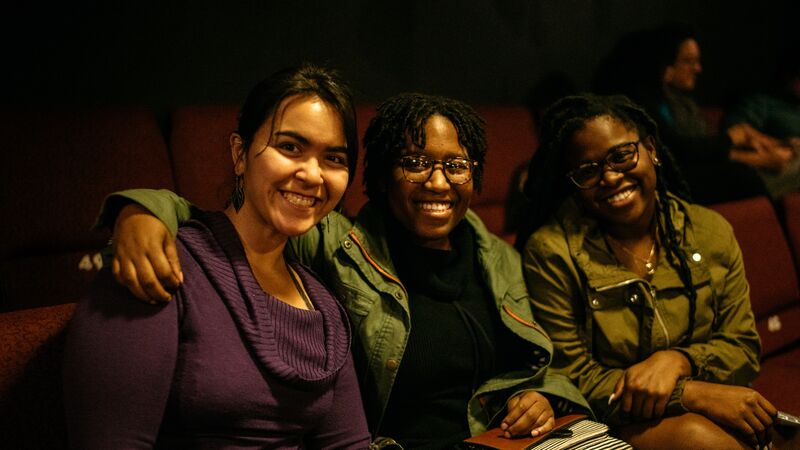 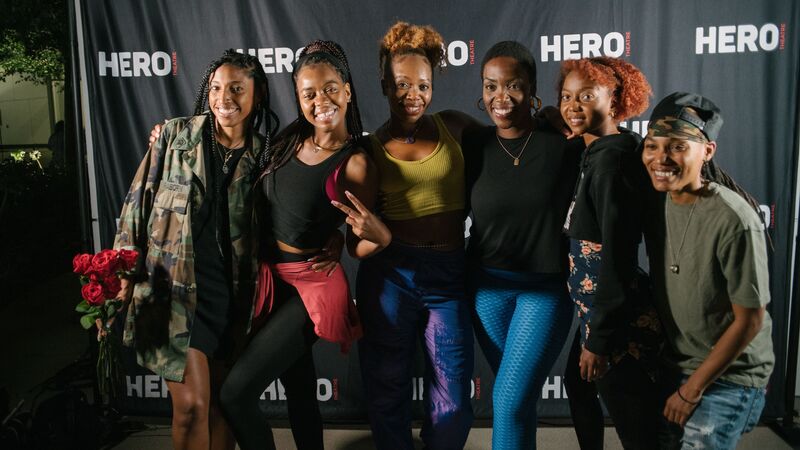 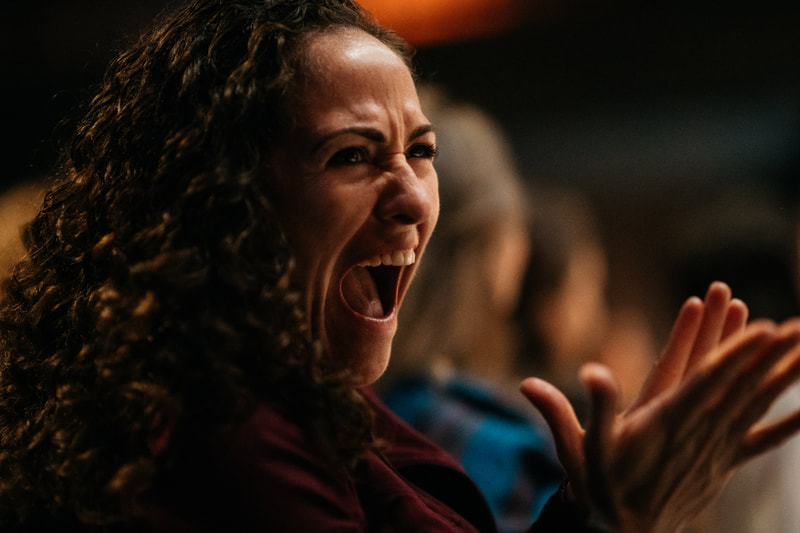