​Prior to the 2020 presidential election, we teamed eight of our company members each with an incredible playwright.
Together they created these important videos. We thought we would still share them with you!
More details about the project below. 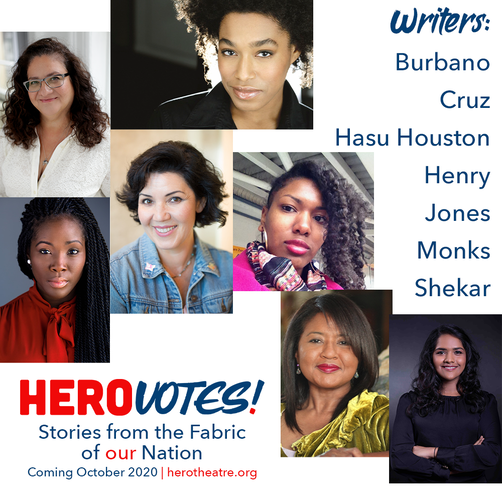 The roster of writers include 2021 season playwrights Velina Hasu Houston and Candrice Jones. Also included are playwrights from past productions and voices the company plans to champion in the future.

HeroVotes! consists of original material related to the 2020 election, some inspired by true stories. Each playwright was assigned an acting ensemble company member at Hero Theatre to write specifically for.

The videos will be released twice a week leading up to the upcoming November election. 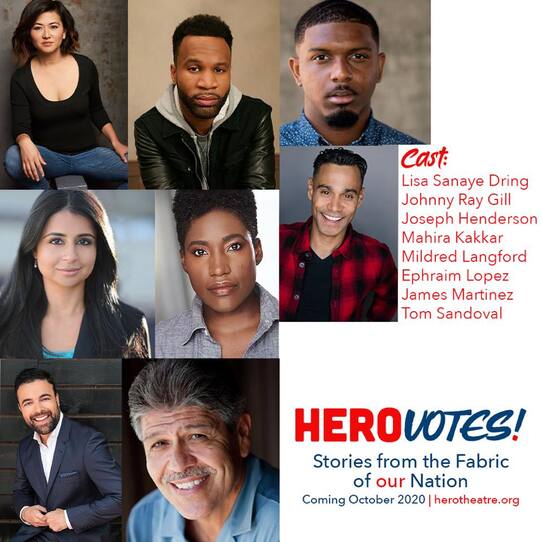